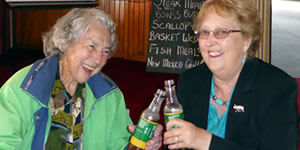 Adrienne Burleigh releases the results of her survey into your experiences with scleroderma and health services.

There could be 1000 people with scleroderma in New Zealand with many unaware that they have one or other form of systemic sclerosis. That’s not a large number so it’s not surprising that many medical personnel have not ever come across the condition and do not have a great deal of information about it. Adrienne’s survey, conducted in October 2012, was responded to by people who have been told they have some form of systemic sclerosis.

Systemic sclerosis is a rare disease and it is not known just how many people in New Zealand are currently diagnosed with it. The occurrence of systemic sclerosis from around the world ranges from lows of 3 in 10,000 to highs of 30 or more people per 10,000 people, with 2 in 100,000 new cases being reported each year.  With this as a guideline it is probable that New Zealand has a similar ratio in its population. This would mean that there could be 1000 people with this rare disease in this country at the moment with many of them unaware that the varied symptoms they have, when taken together add up to one or other form of systemic sclerosis. Not a large number. It is therefore not surprising that many medical personnel have not ever come across the condition and do not have a great deal of information about it.

There is no national data base to support decisions made regarding its treatment and those health professionals providing the treatment come from a variety of specialist disciplines with a lack of data interface between or among them. Most frequently specialist service is centred on rheumatology, but this often fails to acknowledge the various manifestations that are outside those usually encountered in this discipline. While some respondents to this survey are very satisfied with the depth and detail of information with which they have been provided, others have had negative experiences from their health providers which have caused considerable distress as the patient comes to terms with a disease for which there is currently no cure. This, for many leads to the very distressing and discounted feelings that they experience on a daily basis.

This survey was undertaken on a voluntary basis in late 2012 across people who have been told they have some form of systemic sclerosis and who attend a seminar or are registered with one of the voluntary support groups aroud the country. As there is no national data on the number of people with this condition it was instigated in an attempt to build a better picture of what is available to people with this rare condition and how they feel about the care they currently receive from their GPs, hospital and private specialists and other health service providers. As well it has provided them with an opportunity to express their fears and hopes for the future.

While there were only 22 people who responded to the full survey a number of others volunteered opinions on how well their conditions had been managed. No data was collected on age, gender, geographical location of either the respondents with the condition or those who provided health services. Most of the responses came via email but some were posted – all have been recorded anonymously and where there have been names of specialists or general practitioners provided these have been omitted in the responses recorded. While the numeric data provides a picture of actual services accessed, the comments are far more revealing. It is clear that some respondents have been well served by the professionals they see on a regular basis, but there is also concern about how well informed other health professionals are about this disease and its progression.

There appears to be reluctance on the part of some professionals to share up to date information with their clients or to guide them to accessing accurate and useful information via e-technology. In some cases, those with systemic sclerosis have been actively discouraged from seeking information and educating themselves on this disease and its manifestations. This has been quite distressing for those who have struck this barrier.