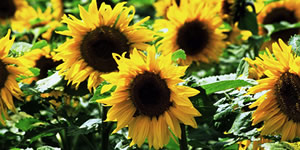 I’ve been living with my scleroderma for thirty three years now. 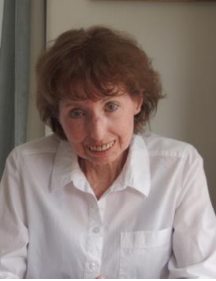 In 1986, I was 29 years old and living in Britain, when my scleroderma struck. Despite the dreadful prognosis then, I’ve been living with my scleroderma for thirty three years now. I was more fortunate than most scleroderma patients in England at that time, because
I was given an opportunity to be cared for by an extraordinary lady, called Carol Black. This is my story.

The onset of my scleroderma followed the breakdown of my first marriage. In February 1986, having never had a serious illness in my life, I went down with a massively debilitating dose of ‘flu. It was probably at this time, that the tips of two fingers started going white occasionally, but because I was grappling with bigger issues, I assumed it was due to the severity of the English winter. Having booked a much-needed trip to N.Z. in March, I focused on getting well enough to make the long-haul flight to
Auckland.

Time spent with my family, in the warmer weather was very restorative and I felt good on my return to the U.K. in
April. But all was not well. Throughout May, my face and fingers became increasingly puffy and a simultaneous outbreak of severe tenosynovitis developed in both shins and both forearms. I struggled through work, wearing splints and bandages whilst also taking an array of nonsteroidal anti-inflammatory tablets, which did nothing for my worsening problems! Come September, my G.P.
signed me off for a month and realizing I was developing an auto-immune condition, referred me to a rheumatologist. My specialist was sure I was developing rheumatoid arthritis, so started me on his best medications and guess what – they didn’t work either!

Knowing that my health problems were stress-related, I needed to move out of my marital home. Good friends offered me a tiny granny flat, built on to their property and I moved in at Christmas. By now, I’d been off work four months and the Personnel department sent me a letter saying they would have to terminate my employment, if my sick-leave extended beyond six months. Desperate to get back to work, I started swimming three times a week.

On the first visit, I was too weak to complete one width, but I persevered. Slowly, I built up my lengths and the puffiness began to diminish, despite very stiff tendons, I started to feel more myself. Finally, my specialist agreed to let me back to work, on reduced hours initially. I got back to work with two weeks to spare. My blood tests continued to show no R.A.

As the summer of 1987 approached, I was relieved to have 1986 and my mystery illness behind me (or so I thought). Work was going well and from left field, Mike came into my life, we were very happy. However, as winter set in again, so did my white fingers. On seeing them, my rheumatologist’s face said it all! The skin biopsy results for scleroderma came through three days before Christmas.
My doctor was very kind, but a big dollop of hopelessness filled the air, as he told me I had a rare disease, for which there was no real treatment. He knew then, what I didn’t understand at that time, that I had the RNA Polymerase anti-nuclear antibody – a diffuse form of scleroderma, associated with aggressive skin thickening and catastrophic renal failure(as it was known). We discussed a drug called D – penacillamine, which sometimes manages to slow disease progression – he would put me on it. However, I was also told not to get my hopes up, because I may not be able to tolerate the side effects and even if I could, it simply might not work. Next, he
mentioned a young rheumatologist called Carol Black, who worked in London, collecting scleroderma patients for research purposes. He offered me the choice of staying under him locally, or, travelling to London to see Carol.

I chose London and one of the first questions I asked her, was how long I had to live! If we can slow it down, you might get five good years. If we can’t, it will all be over in two, came the reply. When I relayed this conversation to Mike, I told him we had no future, I was going back to N.Z. and he had to forget me . Mike’s crazy reply was astonishing – We’ll take the two years! I can look after you better if you stay here!

Dr Black was very nice and very thorough. She admitted all new patients for three days of base-line tests. At every out-patient appointment, she weighed us, listened to heart and lungs and did a full skin-score. The Dpenacillamine began to work really well for me – it stabilised my condition for the next eleven and a half years.

During this time, Carol Black took a promotion at The Royal Free hospital and engaged Chris Denton as her long-term deputy. She now had fourteen hundred scleroderma patients under her wing. Her research team and the number of drug trials increased, as she gained a growing reputation in Europe, for stabilising challenging cases. She seemed to have an innate sense of what drug therapy would work for each patient. Now awarded the title of Professor, she used her position to acquire an empty ward, solely for her scleroderma patients. To meet the growing need, she had a fifth bed installed in every four-bed room.

This was not ideal, but reflected her drive and compassion to improve the lot of scleroderma patients. In 1990, Mike and I got married and then in 1997 I had a major flare up – my skin itched and tightened remorselessly. By the time I was admitted to the Royal Free, I was very ill. With Prof. Black overseas, the team put me on the IVIG (Intravenous immune globulin) trial, which was to be followed up with mycophenalate. The IVIG was supposed to knock the disease flat, but it didn’t really work for me. I got serum fever and in the six week recovery period, the itching and tightening returned as aggressively as ever. I did not expect to see the following Christmas. But Prof. Black arrived back from the USA and declared that I needed methotrexate, not mycophenalate.

The doctor running the trial was extremely put out, but Carol Black’s judgement saved my life, I’m sure! Twenty one years later, I am still taking the methotrexate. I’ve had three further flare-ups, all of which were stabilised by increasing the methotrexate dose.

In 2002 Mike and I returned to N.Z. to support my elderly parents. Dame Professor Black retired the same year, but maintained close links with the Royal Free. Professor Chris Denton has taken the reins and the Royal Free Hospital remains the biggest European centre for research and treatment of our condition.

I have digestive issues like most of us and a raft of other problems have surfaced, over the last thirty three years.

However, whether I’ve been in the U.K. or here in N.Z., the doctors have made the right decisions and got me through, despite a large sprinkling of pessimism. I couldn’t have got this far without Mike’s support and I am so grateful for every day I’ve been given. Diffuse scleroderma which flares up repeatedly is very rare. Out of every hundred scleroderma patients, about seventy will have the limited form of systemic scleroderma and the other thirty will have diffuse disease. Of the thirty with diffuse disease, only one or two of them will have recurrent flareups , such as mine.

The health system in England is set up differently to ours in N.Z. With a population of sixty five million, Britain now
has nine specialist scleroderma units (or tertiary referral centres) through the country. Professor Denton completed a set of treatment guidelines for the U.K. in 2016 and under those guidelines, all new patients must be assessed by a tertiary referral centre. While I would like to see a tertiary referral centre in N.Z., I don’t think it will happen because of the multiple health board system we have here. Instead, I understand a set of N.Z. guidelines are being drawn up, which will possibly be used to
implement a “scleroderma management protocol” within each hospital.