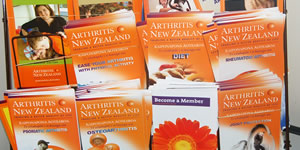 Scleroderma background
Blood Tests – Why have them, and What do they mean?

If you have schleroderma, you may be taking a cytotoxic drug, such as methotrexate, to control your illness. A cytotoxic drug kills cells. The aim is to kill more of the faster-dividing cells (which are producing damaging antibodies) than healthy cells.

If you are taking one of these drugs, you are most likely also having regular blood tests. These blood tests are done to check that the drug is not doing too much damage to healthy tissue. Tissue which is likely to be affected by methotrexate includes the bone marrow (which produces blood cells), liver, and kidney. Some of the blood tests your doctor may ask for include the following:

Summary: Full blood count is measured to make sure the cytotoxic drug is not causing destruction of too many blood cells.

Erythrocyte Sedimentation Rate. This is a measure of how fast the red blood cells fall through the plasma (the liquid part of blood) when the blood sample is left standing undisturbed. The cells will fall faster – that is, the ESR will be higher – for many reasons, but especially as a result of infection or inflammation.

Summary: ESR is measured as a non-specific indicator of inflammation and/or infection.

C-reactive Protein. This is a protein produced specifically in response to infection or inflammation. A raised CRP level indicates an infectious or inflammatory process somewhere in the body. Infection can occur if the white cell count drops too low, which may happen when taking cytotoxic drugs.

Summary: CRP is measured as a specific indicator of infection or inflammation.

These are two compounds normally found in the blood as end-products of protein metabolism. Excess amounts are filtered through the kidneys and passed out in urine. Raised levels of urea and creatinine in the blood indicate impaired renal function.

Liver Function Tests. This actually measures five different chemical compounds normally found in the blood; total protein, albumin, bilirubin, alkaline phosphatase (ALP), and alanine transaminase (ALT). Together, the levels of these different compounds give a picture of how well the liver is working, and whether liver tissue is being damaged by the drugs. As liver damage increases, the total protein and albumin levels drop, and the bilirubin, ALP, and ALT levels rise.

Summary: LFTs are measured to check for liver damage.

Aspartate Transaminase and Gamma Glutamyl Transferase. These are two enzymes which are further indicators of liver damage. They are both raised in response to liver injury; however AST may also be raised due to other tissue damage.

Summary: These enzymes are measured to check for liver damage.

Anti Nuclear Antibodies. These are antibodies produced against the nuclear material of the body’s own cells. If the ANA levels are high, special fluorescent staining techniques enable them to be “seen” within the cells. People who have schleroderma will have a high ANA level, and the antibodies will stain positive at the centromere part of dividing cells.

Summary: This test gives a positive diagnosis of schleroderma.

Something to Remember: Your blood test results will not always be the same each time you have a test. This is because of the natural variation which occurs in all people, both sick and healthy.