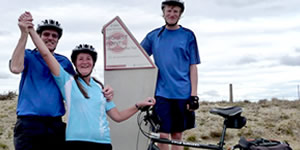 Countering the effects of scleroderma on skin involves a range of ointments and ultra violet. But they are all aimed at symptoms, not cures.

Dr Judd ranged over medicinal treatments for some of the symptoms. Some treatments can be used against skin hardening, dilated blood vessels (telangiectasia), itches, calcinosis, ulcers, Raynaud’s and ulcers.

For skin hardening, she listed a dozen or so medicines and treatments and discussed Imiquimod and Calcipotriol in detail. Of these two, she says Imiquimod has been used in localised scleroderma with some success. However, there are only a small number of case reports. Dr Judd says Calcipotriol has had mixed results but remains untried for systemic sclerosis.

Ultraviolet light can be effective in the treatment of localised skin disorders and Dr Judd explained the different intensities and wave lengths that she works with to treat patients.

Scleroderma affects skin from the surface to deeper down. Of the two main ultraviolet wavelengths that the sun shines on us, ultraviolet A (UVA) rays have a longer wavelength, which penetrate deeper than ultraviolet B (UVB). It’s the UVB rays that cause sunburn. Dr Judd says although they can’t penetrate as deeply as UVB, a form of light called narrow-band UVB is commonly used here. Facilities in New Zealand for UVA treatment are limited and expensive.

There are measures you can take to reduce the effects of skin ulcers. Dr Judd listed:

Patients with Raynaud’s can aggravate their condition by using a soap-based cleanser. Dr Judd advises them to use a soap-free cleanser. She says there are many on the market, for example, from Neutrogena and Aveeno .

She says when it comes to choosing a moisturiser, get one that works for you. There is no list of best or most effective although those designed for eczema sufferers are often most effective.

As general measures she advises:

Dr Judd’s advice for those with dry skin is similar to her advice for Raynaud’s. Use a soap free cleanser eg aqueous cream, emulsifying ointment, or numerous commercial brands that are more pleasing to use. Examples are Aveeno cleansers, Cetaphil, QV, Neutrogena and the like.

Again, there is no clinical grounds to recommend one moisturiser over another – choose the one that you like best.